40 Anniversary of Apollo 15 celebrated at KSC 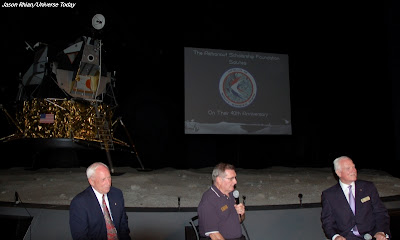 Cape Canaveral – Apollo 15 was the first manned lunar mission to use a lunar rover, the first of the “J” missions that would stay on the lunar surface longer and be focused on conducting science. Apollo 15 marked its 40th anniversary on Sunday. Most of the crew as well as other Apollo-era astronauts were present at the Kennedy Space Center Visitor Complex to mark the occasion.
Read the full story HERE.

Detail from the panoramic view as captured by mission commander Dave Scott during the second EVA of the Apollo 15 science expedition to the Hadley Rille Valley (MET: 144:50:48), August 1, 1971. According to the Apollo 15 Surface Journal, "twenty years after the mission, this 500-mm photograph" was still Scott's favorite. View the high-resolution image HERE [ASJ/NASA]. 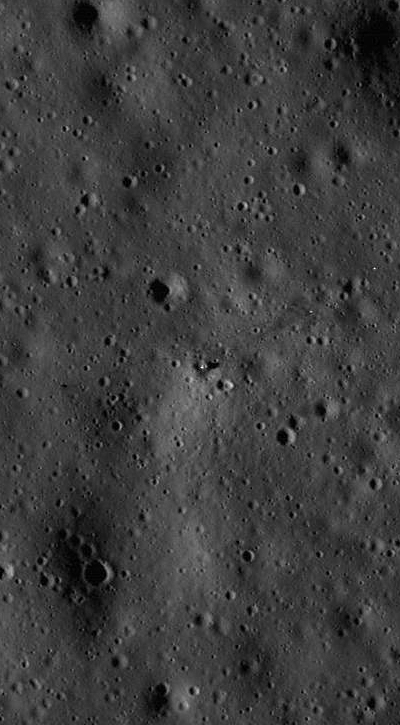 Hadley Station, landing site of Apollo 15, 39 years, 4 months and 13 days later, as viewed from 43.33 kilometers overhead, in LROC Narrow Angle Camera (NAC) observation M146959973L, swept up December 14, 2010. The LM descent stage is at the center of this sample with a path leading left (eastward) to the first lunar rover of the Apollo program, where Scott & Irwin parked it 40 years ago. Their trail to the ALSEP experiments and laser reflector array can be seen on the opposite side. Lighting conditions at local sunrise were similar to those the crew experienced during their landing in 1971 [NASA/GSFC/Arizona State University].
Posted by Joel Raupe at 12:00 AM