China's Jade Rabbit, it's time in the Sun 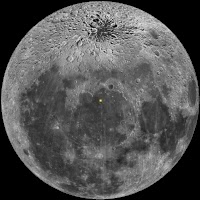 Today, exactly 41 years after the last human footprint was made on the moon by Gene Cernan, China became the third nation to touch the lunar surface – joining an exclusive club and earning a round of applause from around the world.

The last lunar landing was performed by the Soviet Union on the Luna 24 sample return mission in 1976, and the United States remains the only country to have ever landed humans on the lunar surface (last human mission to the Moon was NASA’s Apollo 17 in December 1972).

The mission, named Chang’e 3 after the Chinese goddess of the Moon in ancient myth, is China’s third unmanned lunar mission, but it’s also the first landing – the next step in China’s ambitious Lunar Exploration Program.  Chang’e 1 launched in 2007, and Chang’e 2 launched in 2010. Both missions orbited the Moon and carried out various studies, while also mapping the surface in its entirety, and both missions paved the way for Change’3 to land on the surface.

The mission began two weeks ago today with a picture-perfect liftoff from the country’s Xichang Satellite Launch Center in southwest China.  Chang’e 3 soared skyward into the black of night atop a powerful Long March-3B rocket, and minutes later the Chang’e 3 lunar lander and its six-wheeled rover, named Yutu, or “Jade Rabbit,” separated from the rocket’s third stage while coasting into a beautiful sunrise 300 kilometers over the Pacific Ocean.  From there it was a five-day trip to reach lunar orbit, and a week later for Chang’e 3 to begin its descent.