The slow creep of time at Steno Q 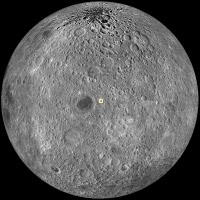 Large portions of the walls of Steno Q are steep, with slopes of 15° to more than 30°, while the floor and terraces are relatively flat. Areas with higher crater density such as the impact melt pond on the crater floor and the terrace shown in the opening image, correlate with the flatter areas. The opening image shows a part of the wall of Steno Q where it intersects a portion of a flat-lying terrace. Here, material covers parts of several small craters near the base of the wall. This portion of the crater wall exhibits slopes greater than 30° from horizontal, making it one of the steeper parts of the crater and enhancing the downward movement of material. The wall material creeping downslope, possibly driven by seismic events or shaking caused by other nearby impacts, has few visible blocks or fractures, and thus probably consists of unconsolidated fine-grained fragments and grains. The downward creep of the unconsolidated materials gradually buries craters near the base of the wall.

The creep process also distorts and destroys craters superposed on the walls (see opening image above). Thus, sloping surfaces of unconsolidated materials do not preserve craters as well as flat and more coherent surfaces. Therefore, when interpreting crater densities, scientists consider both topography of the surface and its consolidation. Surfaces experiencing creep are often characterized by a linear or hatched pattern, as is the wall of Steno Q. This pattern is sometimes referred to as elephant skin texture.

Even though the walls and floor were formed at the same time, the walls now have a lower superposed crater density caused by creep and resurfacing. Eventually, perhaps in billions of years, Steno Q will be worn down to a shallow depression and disappear altogether.

Using the full-resolution NAC mosaic, HERE, you can compare the crater populations found in Steno Q for yourself!