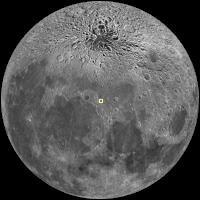 Rilles are common on the Moon and are considered one of the most fascinating volcanic features due to their wide range of scales (100's of meters to over 100 kilometers in length) and morphologies they present (linear, arcuate, or sinuous).

Rilles commonly form when lava flows erode into the existing surface through melting of the substrate, mechanical stripping away of material, or a combination of both thermal and mechanical processes. However, some rilles may have been lava tubes that underwent roof collapse since their formation.

In Today's Featured Image, lava carved into the surface between peaks of the Montes Alpes ("Alpine Mountains") and left behind a narrow, long depression resembling a meandering terrestrial river channel, complete with what appear to be cut-off meanders (called oxbows on Earth). In this case, the rille developed meanders as the lava flowed around topographic highs, which in this area are the Montes Alpes.

Montes Alpes, named by the Polish astronomer Johannes Hevelius, is a mountain range formed by the Imbrium impact event, stretching from the crater Plato all the way to the Montes Caucasus. It forms part of the northeastern border between Mare Imbrium and Mare Frigoris. The Montes Alpes range is bisected by Vallis Alpes ("Alpine Valley"), a flat-bottomed valley with a rille running right down the center from Mare Imbrium to Mare Frigoris that can be seen in the WAC context image above. The Montes Alpes separate the two mare; however, Vallis Alpes breaches that boundary. What might that mean for the geologic history of this area?

Explore Montes Alpes and the rille for yourself HERE.

I have just downloaded iStripper, and now I enjoy having the sexiest virtual strippers on my desktop.