Ranger 7: Making an Impact on History 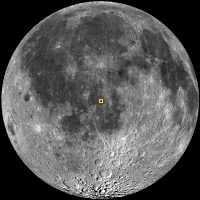 On 31 July 1964, Ranger 7 returned the first high resolution images of the Moon specifically collected in preparation for the Apollo lunar landings (1969-1972); the first definitive success of the Ranger program.

Despite this accomplishment, both the Rangers 4 and 6 spacecraft, due to technical problems, failed to collect or return any images leading up to their final destination. Finally, Ranger 7 (1964) was successful! It returned images of an extensively cratered terrain in Mare Cognitum, and this pioneering spacecraft paved the way to our current understanding of the composition and physical properties of the lunar surface. As a result of the images returned by Rangers 7 through 9 (1964-1965), scientists and engineers generally agreed that the lunar surface was safe for the then-upcoming Apollo missions.

Ranger 7 transmitted an image of its impact point in Mare Cognitum seconds before impacting at roughly 2.7 km/s. In 1972, the Apollo 16 orbital panoramic camera captured frame AS16-P-5430 that contained a view of the recently formed Ranger 7 impact crater. The figures below show a portion of this panoramic frame. The full resolution AS16-P-5430 frame can be viewed at the Apollo Image Archive. This panoramic frame allowed observation of Mare Cognitum several years after the Ranger 7 impact, revealing a new crater nearly 14 m in diameter at the exact location of the known Ranger 7 impact! This crater, along with impact craters formed by other early lunar spacecraft such as Ranger 9, are some of the earliest examples of confirmed change detections (the formation of a new feature) on the lunar surface. The details of the Ranger 7 and 9 impact craters were described by Moore in 1972 following analysis of images returned from Apollo 16.

The LROC NAC has now imaged the Ranger 7, 8, and 9 impact craters multiple times at various lighting conditions. These images can be explored in detail on our newly updated Featured Sites page.

Low sun images (below) display the degree to which the mare has been extensively cratered in this part of the Moon. Hartmann (1967) originally interpreted this dense cratering to imply that the mare in this area are more than several billion years old. On the other hand, high sun images (like today's Featured Image at the top of the page) bring out the high reflectance ejecta rays that extend many crater diameters from the impact. The darker rays to the west of the crater are downrange from the known impact direction (roughly 115° east of north). The distribution of rays and their composition provide clues about direction of impact, composition of the subsurface, as well as impactor properties.

The Ranger spacecraft all formed small (approximately 15 meters in diameter), roughly circular impact craters. But depending on the impact shape, mass distribution, velocity, and angle of impact, the resulting crater size and morphology vary. For example, the Apollo Saturn V launch stages (S-IVBs) that were intentionally impacted into the lunar surface between 1970 and 1972 were more massive and cylindrical in shape than the Ranger spacecraft (but impacted at a similar velocity), resulting in larger and elongate craters. A new collection of LROC NAC images of the Apollo S-IVB impactors can also be explored on our updated Featured Sites page. A full list of known coordinates of robotic spacecraft, including those that impacted the lunar surface, was also recently updated by the LROC team and can be downloaded and viewed as a map.