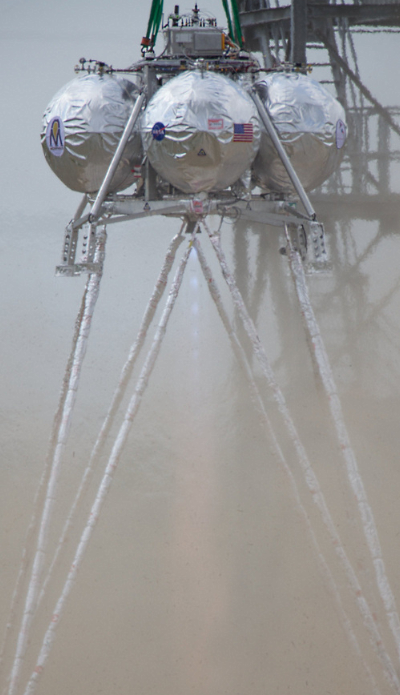 
Project Morpheus is making subtle, but noisy, progress at NASA. The experimental spacecraft is designed to carry cargo to the moon, an asteroid, or Mars, but the model shown here will never actually land on such surfaces. It is being used to test new technologies, such as propulsion, guidance, navigation, and control systems, and optical sensors that would allow for a safe descent and landing.

Morpheus recently conducted its first tethered flights at Johnson Space Center (JSC) in Houston (see the video below) and will be taking its first untethered flight this month, making it the first prototype spacecraft to fly at JSC since before man walked on the moon.

Morpheus is also testing a new, greener propellant, liquid oxygen and methane. The mixture is cheaper, lighter, and safer than than traditional spacecraft fuels. It can also be stored for longer periods of time in space, and the methane could perhaps even be made from ice on the moon or Mars.