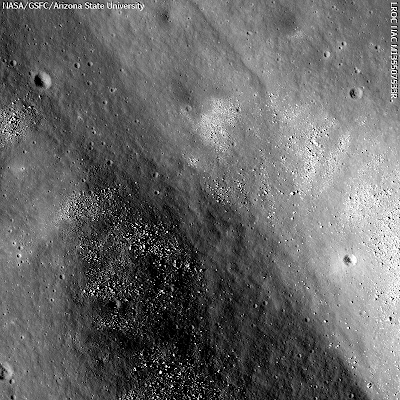 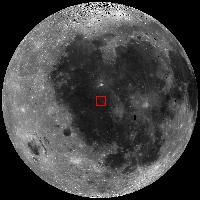 Sinuous rilles (like Hadley Rille, near the Apollo 15 landing site) are narrow, long depressions that meander across the lunar surface like a terrestrial river. Lunar geologists think that sinuous rilles formed either as erupting lavas carved their way through the surface, or by roof-collapse of lava tubes. A portion of the rille (named Rima Marius) in today's Featured Image is discontinuous, with a partially-closed depression that possibly marks the source region for this rille. Perhaps the "blockage" in the channel is a intact lava tube roof.

While there are no signs of any natural bridge structures or other openings in this region, it is possible that a small section of the lava tube might have simply had its entrance and exit blocked by collapse debris. 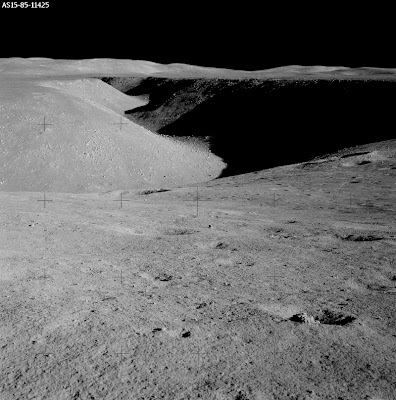 Jim Irwin captured this spectacular view of Hadley Rille during the second EVA of Apollo 15 in 1971. See the high-resolution image HERE [NASA/ASJ]. 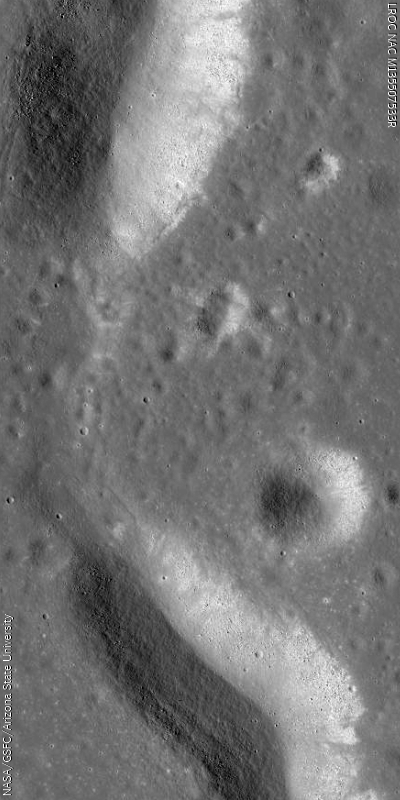 Full-width view of the LROC NAC strip shows the discontinuity in some context [NASA/GSFC/Arizona State University]. 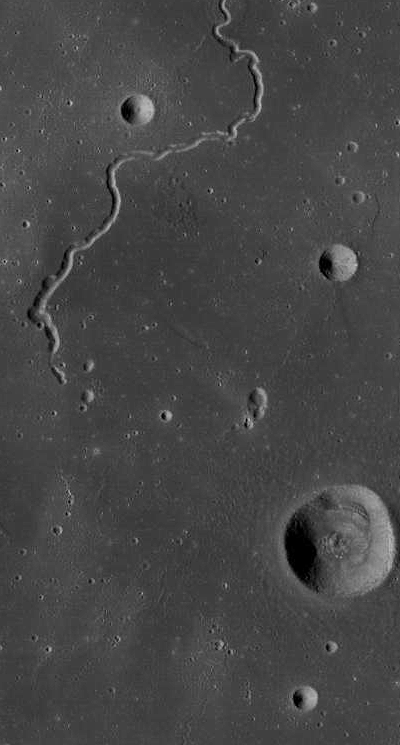 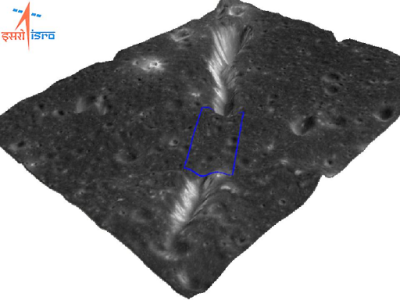 A 3.5 kilometer discontiguous rille west of the Marius Hills that may have had origins in common with the sinuous rille system the winds through those hill's largest mounds, now thought to be one volcano. This image was composed from data collected by the Terrain Mapping Camera on-board India's Chandrayaan-1 [ISRO].
Posted by Joel Raupe at 6:14 PM