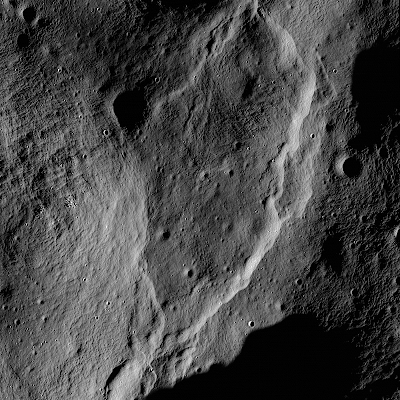 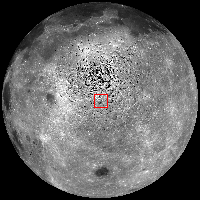 Wow - the Moon is a beautiful place! Who ever said wrinkles are something to dread? In the Apollo days a few faults with scarps like the one above were discovered in the highlands. However, the coverage was small so it was not known if these lobate scarps were common over the whole Moon or not. From LROC NAC images we now know that the lobate scarps are common in the highlands and are also globally distributed.

This spectacular example is located far from the Apollo zone, towards the north pole (74.5°N, 146.8°E). The fact that these ridges are found all over the Moon tell us that the lunar crust is contracting. But how? We believe the Moon is shrinking as its once molten core cools and freezes. Liquid metal takes up more space than solid metal - so as the core freezes, it shrinks. As the core shrinks, the mantle and crust follow suit. Since the crust is brittle, it faults and buckles and lobate scarps pop up! The amazing resolution of the LROC Narrow Angle Cameras brings into view the smallest details.

What are those little patches of boulders doing sitting there on the ridge? 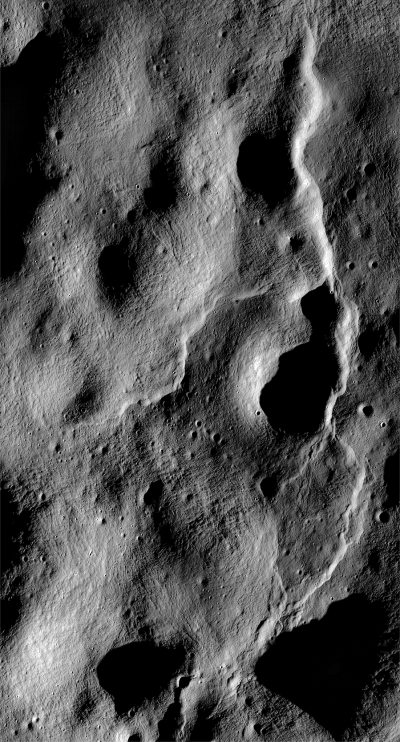 Don't confuse lobate scarps with wrinkle ridges; they do look alike to the untrained eye. Though they are both formed by compression that results in faulting and thrusting, the underlying mechanisms are very different. Visit a previous LROC post detailing wrinkle ridges. Explore the entire NAC mosaic, and keep an eye out for more compressional features as well as those formed by extension!
Posted by Joel Raupe at 2:28 AM