The Central Peak of Kepler 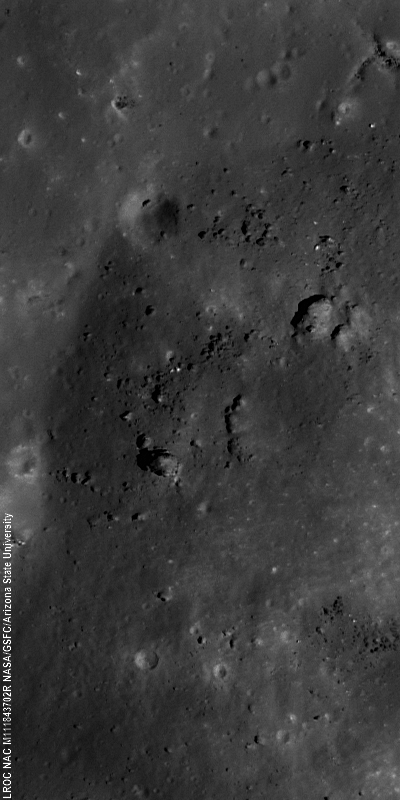 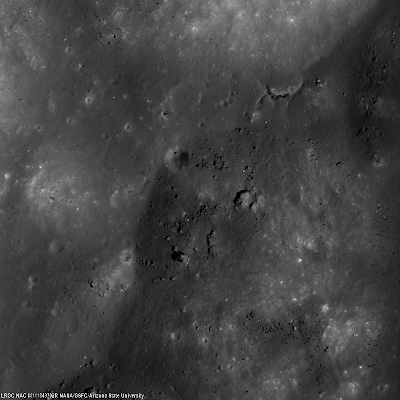 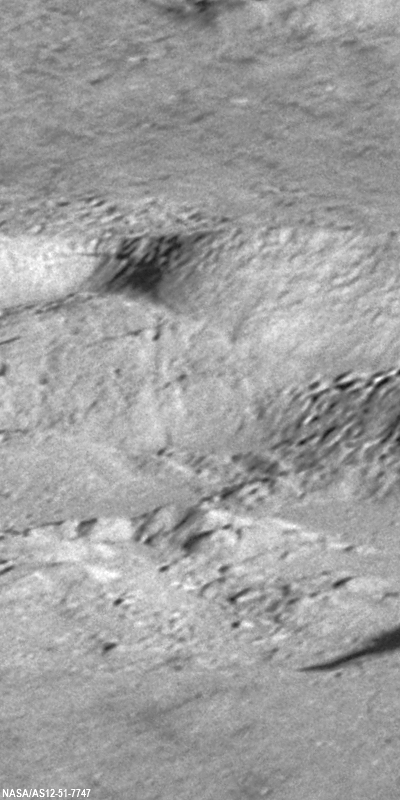 A full-sized segment of an Apollo 12 orbital shot featured in previous postings from Drew Enns discussing Kepler. From this foreshortened angle (see context below) it's easier to see the minimal central peak does not exceed the crater's rim in elevation [NASA/LPI]. 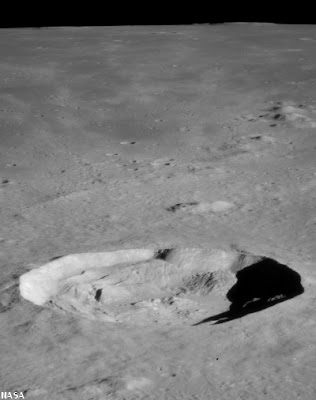 An LROC Wide Angle Camera mosaic of Kepler with an arrow indicating the location of featured NAC image above can be viewed HERE.
Despite the label "central peak," a central peak is not always exactly in the center of a crater, nor is it always symmetrically shaped; Kepler crater is an example. Instead of having a nice central peak, Kepler crater has an irregular off-center peak. This form is most likely due to the crater being close to the boundary diameter between a simple and complex crater. Larger craters, such as King crater, can also display oddly shaped central peaks that are likely the result of an oblique impact.

Browse the whole NAC image of Kepler crater and inspect the landforms associated with its central peak. Can you find evidence of impact melt on the central peak, terraces, and floor?
Related Posts:
Concentric crater
Kepler Crater Ejecta
Kepler's Rim
Posted by Joel Raupe at 4:42 AM