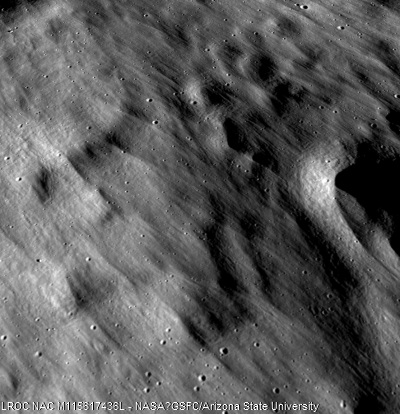 Impact cratering is a common and universal phenomena on every planet and satellite. However, we still do not completely understand this complicated process. The Moon is one of the best libraries of impact craters in our Solar System because its surface is not modified by atmospheric weathering or water erosion. The dominant form of erosion on the Moon is indeed impact cratering. 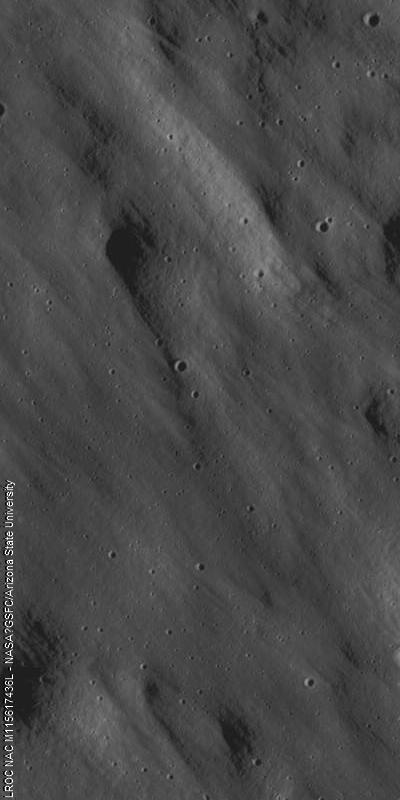 Full resolution (86 centimeters per pixel) close-up of LROC NAC observation M115617436L showing how the Giordano Bruno ejecta blanket scoured and partially erased the terrain it channeled and buried. The pattern is reminiscent of the "elephant skin" pattern characteristic of nearly all older lunar surfaces higher than surrounding elevations [NASA/GSFC/Arizona State University].
Today's featured image shows the edge of the Giordano Bruno crater ejecta (35.94°N, 102.91°E); upper-left of the WAC image (below). Here you can easily see the delicate patterns of ejecta overlying pre-existing terrain. The ejecta pattern points back to the crater, and gives the impression of a fast moving surface flow. Combining the morphology of the ejecta, and new topographic data from NAC stereo pairs, scientists will be better equipped to unravel the physics of ejecta emplacement. 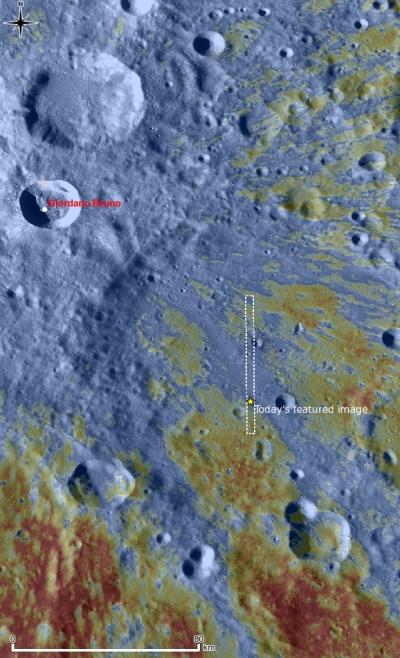 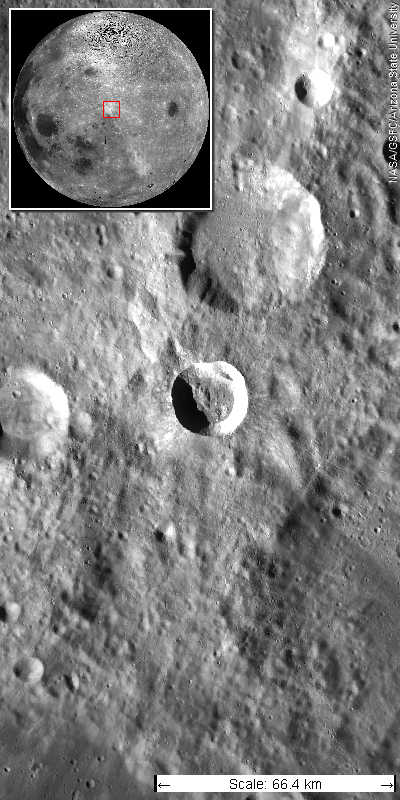