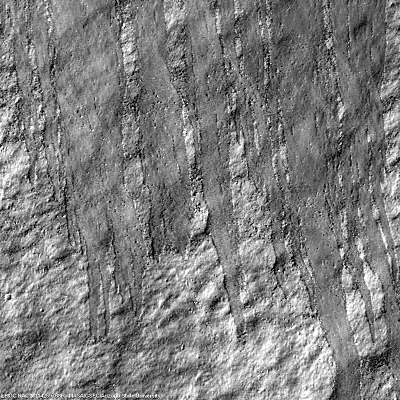 An impact crater changes its shape with time by various degradation processes, such as wall slumping, infilling with ejecta deposits from nearby impacts, and volcanic activities. Rock avalanches as shown in today's featured image also contribute to modifying crater shape little by little. 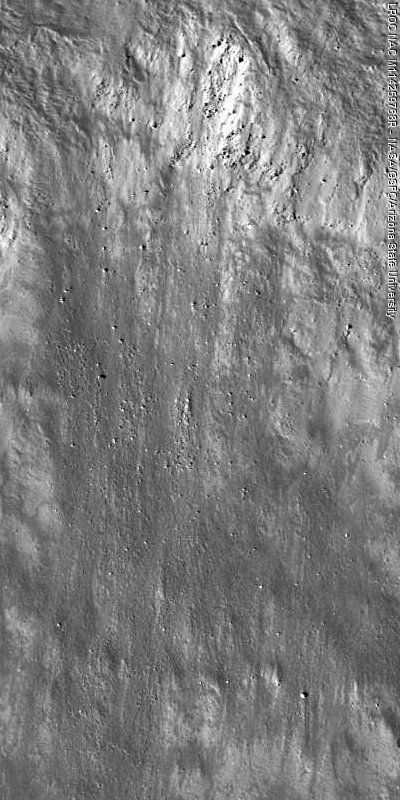 Pulling back from the NAC observation and this view inside Robinson north rim show wispy fine debris trails [NASA/GSFC/Arizona State University].
Multiple tongue shaped flow fronts in this image evoke liquid (Newtonian) flow features, especially mudflows. Similar features have been found on Mars, and are interpreted to represent recent mudflows. Water is not stable on the Moon's surface (except perhaps as ice in permanently shadowed craters), so these flows are dry (granular) rock slides. Perhaps some of the flow features on Mars thought to indicate wet mudflows are really dry granular flows? 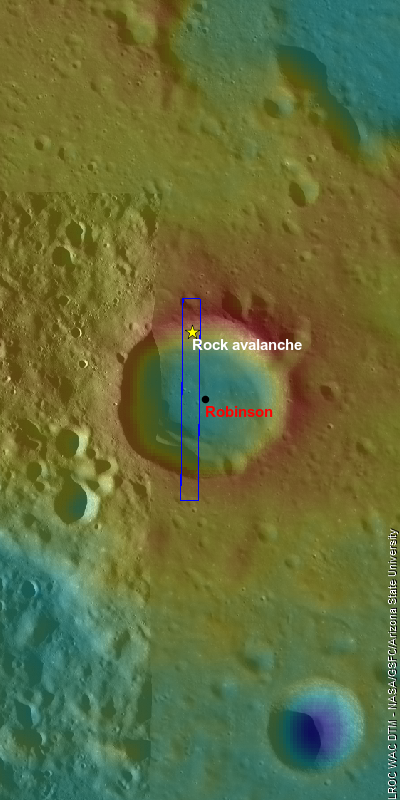 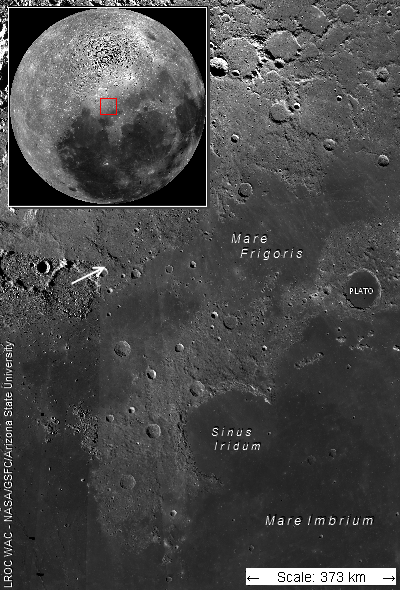 A wider view showing the location of the rockslide just inside the northern rim of Robinson, in the context of the landmark Imbrium impact event. The vicinity of Robinson, near the long and winding Mare Frigoris, appears to be on a battered outer ring of Imbrium [NASA/LROC PDS Interface].
Explore lunar landslides by viewing the full NAC frame!

Similar slides can be seen in a small crater in the center of crater Henry Frères.
Posted by Joel Raupe at 7:06 PM