A Gentleman and Scholar 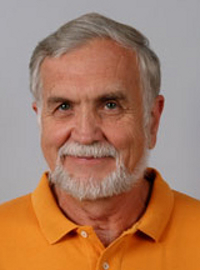 A Tribute By
Paul D. Spudis
The Once & Future Moon
Smithsonian Air & Space


Yet another lunar and planetary scientist has departed this world.  My former teacher, dissertation advisor and mentor Professor Ronald Greeley passed away this week at the age of 72.  The news of his death came as a true bolt from the blue – Ron was in apparent good shape, good humor and active in his scientific research.  And so sadly, I say an untimely goodbye to another friend and colleague.


Ron became involved in planetary geology while fulfilling his military service requirement at NASA Ames Research Center.  Ames needed a geologist, and though trained as a paleontologist, Ron was assigned the task of examining images of the Moon to study volcanic landforms.  He quickly became interested in lava tubes (large horizontal conduits that transport lava from the eruptive vent outward as flows).  After an eruption, lava tubes sometimes drain out, leaving behind an empty cave.  Lava tubes can be many kilometers in length and tens of meters in cross section.


Sinuous channels wind their way across the relatively flat smooth surface of the lunar maria.  Some workers noted the similarity of these features to terrestrial lava tubes and postulated that sinuous rilles were remnants of lava tubes and channels on the Moon.  Ron examined this idea in detail by mapping and studying lava tubes on terrestrial volcanoes and by analyzing the images returned by orbiting lunar spacecraft.  He wrote a key paper on Hadley Rille (a large sinuous rille at the base of the Apennine Mountains) the outer ring of Imbrium basin and the largest impact feature on the lunar near side.  This area had been chosen as the landing site for the future Apollo 15 mission and understanding the origin of sinuous rilles was one of the mission objectives.  Ron detailed the evidence that Hadley Rille is a collapsed lava tube.  He noted the rille originated in an elongate, volcanic depression, had slightly raised edges and trended generally down slope to the north.  Parts of the rille were still roofed, raising the possibility that caves could exist on the Moon.  Years later, I had the honor to be a co-author with Ron and Gordon Swann (Principal Investigator of the Apollo 15 Field Geology Experiment) on another paper about Hadley Rille, modifying and extending the model Ron had developed in 1971.


While taking an undergraduate course at ASU in meteoritics, I wrote a term paper on the geology of Hadley Rille.  I was just getting into lunar science and as a big fan of the Apollo 15 mission, I had read Greeley’s paper with interest.   In a strange coincidence, Ron came to ASU that semester to give a talk on planetary geology and I arranged to meet with him after his seminar.   We ended up talking for a couple of hours and he offered me a job for the summer at NASA-Ames.


For a starry-eyed space cadet, this offer was almost too good to be true.  I worked the summer of 1976 on a Mars mapping project for an advanced mission study.  That was the summer of the Viking landings on Mars, and I spent part of my time in Pasadena as a JPL intern.  Ron was a team member of the Orbiter imaging team and arranged for me to work with him and John Guest on certifying the landing site for Viking 2.  It was a memorable and exciting introduction to planetary exploration and I will always be in Ron’s debt for having given me that opportunity.


After studying for my Master’s degree at Brown, I returned to work with Ron at Ames.  When he moved to ASU, I applied there to get my Ph.D.  Ron agreed to take me on and I became one of his first doctoral students.  Ron was a great mentor and a role model for a modern working scientist.  Even as his academic group grew to where he needed to assign work and follow up later with discussion, I was always welcomed into his office to discuss science or other concerns.  Besides showing his students how to do science, Ron also taught us how to survive scientifically.  Science is a social activity.  Navigating the treacherous political shoals of science is a learned and acquired skill and Ron generously passed those valuable lessons on to his students.


One of Ron’s best qualities as an academic mentor was assuming the role of what most graduate students desperately need, yet few ever get – a merciless and persistent editor.  I never learned how to write until I worked for Ron.  Hopefully I would turn in drafts of papers only to have them handed back to me in (almost literally) shreds.  (This was before the days of word processing – we typed our papers and then literally cut-and-pasted the text into some kind of readable form.)  Being told that your prose “stinks” is an infuriating rite of passage if you hope to become an acceptable writer.  Working with Ron all those years convinced me of an uncomfortable truth – there is only one way to learn how to write and that is to write often and be edited heavily.  Many do the first part, but few are fortunate enough to have a good editor for the second.  Of course, I didn’t see it that way at the time; getting a copy of your work covered in red ink is annoying as hell.  But an edit from Ron always improved the text, regardless of what it did to my blood pressure.  Again, I am in his debt.


Ron never let scientific grass grow under his feet.  He developed an interest in the geological effects of wind and was the first to determine the wind speeds needed to start sandstorms on Mars.  He made geological maps of every planet and was involved as an investigator on most of the robotic planetary missions of the last 30 years.  He served the scientific community through numerous committee memberships and chairmanships.  If Ron was asked to study an issue and write a report on it, you could be sure that his report would encompass the best thinking on a subject – lucidly and concisely presented.  He was a superb speaker and presenter of scientific results, always fluent, interesting and engaging.  Beyond science, Ron’s students learned how to write and speak, two critical skills for a working scientist.


In addition to being a good scientist, Ron was a fine man.  He cared deeply for his family and spent as much time with them as he could, taking his lovely and gracious wife Cindy and children Randy and Vanessa with him on many of his national and international travels.  He was a role model for his students both personally and professionally.  If one wants to be remembered as living a productive and valuable life, emulate Ron Greeley.

Originally published October 28, 2011 at his Smithsonian Air & Space blog The Once and Future Moon, Dr. Spudis is a Senior Staff Scientist at the Lunar and Planetary Institute in Houston. The opinions expressed are those of the author and are better informed than average.
Posted by Joel Raupe at 8:22 PM