You decide the Desert RATS' next destination 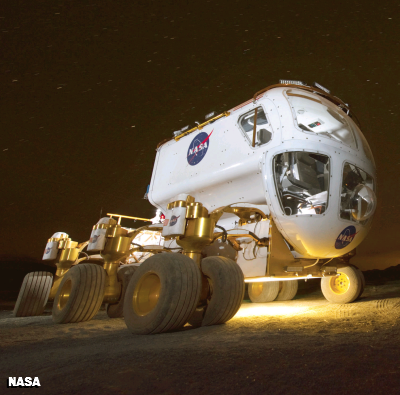 SEV - Surface Exploration Vehicle (Surface Concept) at Desert RATS Field Test on the Black Point Lava Flow in Arizona. Unveiled in 2007, the latest model began tests in 2009. During the Apollo program, exploration was confined to the distance astronauts could expect to walk back wearing spacesuits if their rovers broke down: about 10 km. The presence of two or more service SEVs on the lunar or Martian surface would extend that potential range to more than 200 km in any direction, greatly increasing the scientific opportunities during missions. Even in the midst of challenging terrain, emergency shelter and support can be less than an hour away. [NASA/ARC/IRG].
NASA is inviting the public to choose the area in northern Arizona where explorers will conduct part of the annual Desert Research and Technology Studies (Desert RATS).

"Desert RATS is an annual test where NASA takes equipment and crews into the field to simulate future planetary exploration missions," said Joe Kosmo, Desert RATS manager at NASA's Johnson Space Center in Houston. "We want the public to be a part of this."

From July 27 until August 8 anyone can vote on where to send the Desert RATS team. To cast your vote, visit HERE.

The website features interactive panoramic images of lava, rocks and desert for the public to choose as the most interesting destination to explore.

The location that receives the most votes will be announced August 16. Astronauts will visit that site to perform field geology and collect rock samples.

"It is essential to involve the public in NASA's exploration program to engage and inspire the next generation of scientists and engineers," said IRG Director Terry Fong. "We want people of all ages to be able to actively participate, contribute and collaborate in meaningful ways to NASA's activities." 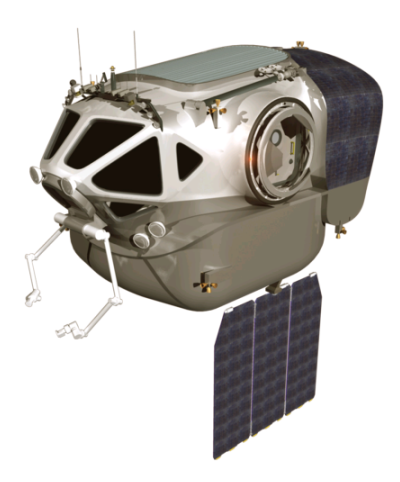 A Glimpse of the Future - Micro-Gravity airless-body exploration will require a play on the SEV without wheels. The Surface Exploration Vehicle (Space Concept) features aspects also undergoing tests [NASA/ARC].
Posted by Joel Raupe at 7:34 PM