Apollo 13: The Successful Disaster 40 years ago 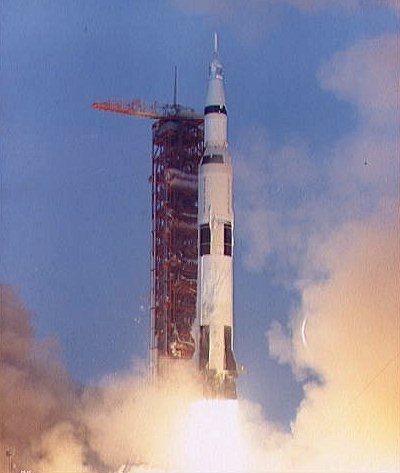 Already having become "routine," America's third lunar landing attempt, Apollo 13, lifts off from pad 39A at Kennedy Space Center, April 11, 1970. A day after Trans-Lunar Injection, the mission suddenly changed into a desperate struggle to save the crew, after performing the only free-return trajectory ever, aided by a vehicle never designed for the maneuver. The mission is remembered for survival, proof that NASA's astronauts and ground personnel were capable of adapting nearly instantly from the well-rehearsed to the improvised.
Posted by Joel Raupe at 6:10 PM