Ejecta on the slumped inner wall of Tycho 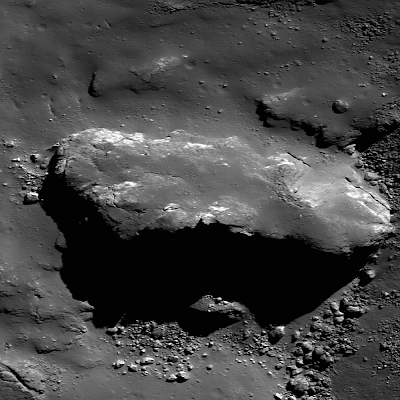 Tycho crater is a Copernican age crater (85 km diameter - 43.3°S, 348.8°E). It is named for the 16th century Danish astronomer Tycho Brahe and is one of the most visible features on the near side of the Moon. Its ray system is so obvious and widespread that Apollo 17 astronauts sampled its ejecta, over 2000 km away from the crater! Scientists dated the Tycho samples at ~ 110 million years. We also have surface views of Tycho's ejecta blanket gathered using the Surveyor 7 soft lander. 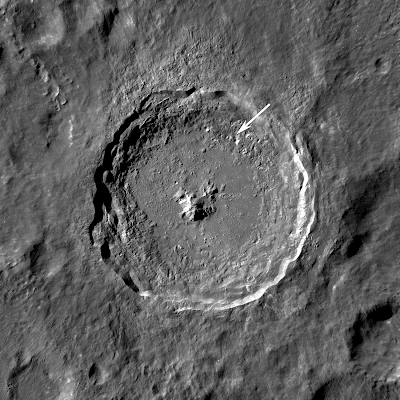 LROC Wide Angle Camera context mosaic of Tycho with an arrow pointing to the ejecta block above. (Image field of view is 150 kilometers) The landing site of Surveyor 7 (1968) is near the top-center edge [NASA/GFSC/Arizona State University].
Notice the smooth areas on the top of the ejecta block in this NAC frame. Most likely the smooth area is a thin sheet of impact melt. The large block was probably flung up during the impact event, fell back down into the crater, and subsequently covered by impact melt. This series of events must have occurred quickly after the impact, as the melt would solidify soon after forming. 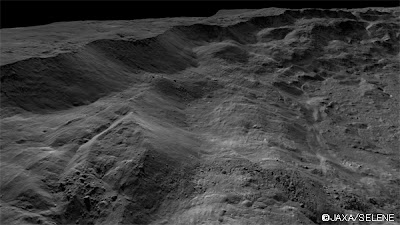