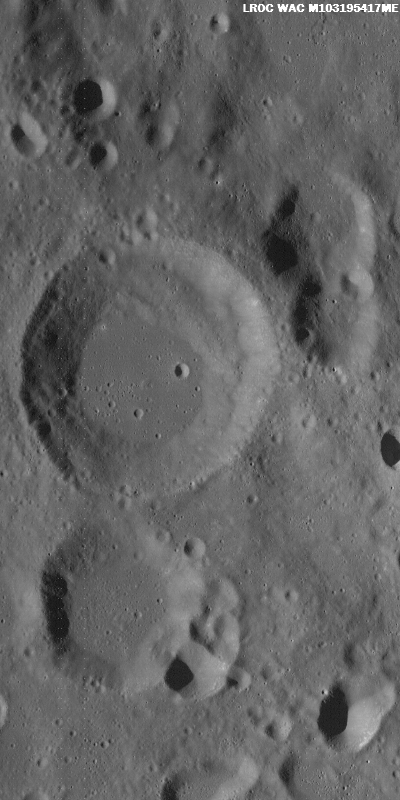 The 'Rooftop of the Moon' appears to be on the wide, flat northwest rim of 43 km-wide Engel'gard, the largest crater in this monochrome sample from the LROC Wide Angle Camera. The actual spot (5.44°N, 201.36°E) is not immediately distinct, as are Everest or Denali, for example. A future traveler standing there, 10.75 km above the global mean elevation might notice little beyond a close horizon. A brief 'bunny hop' may be necessary to get to an overlook, to see breathtaking views of astounding depths and distances. LROC WAC observation M103209735ME, field of view roughly 100 km; LRO orbit 379, July 26, 2009; alt. 112.88 km, res. 178.3 meters, phase angle 66.22° [NASA/GSFC/Arizona State University]. 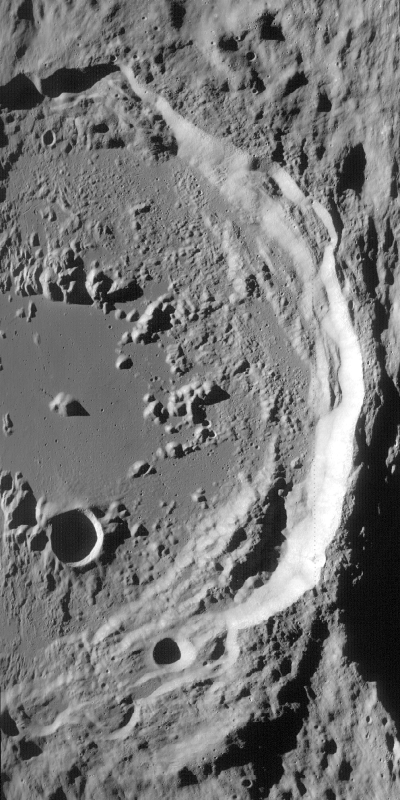 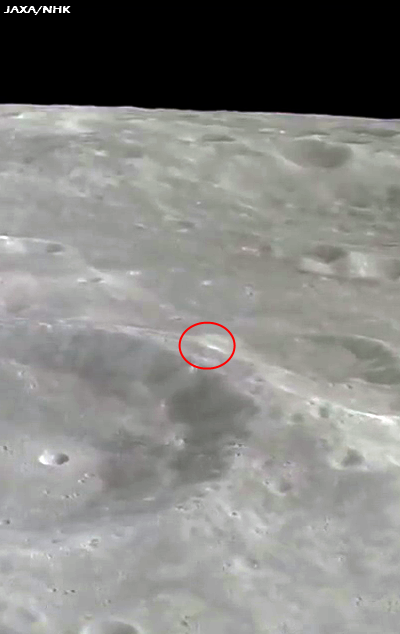 The bright, highest of the Moon's highlands as seen from Kaguya as the orbiter sailed under a late morning Sun. [JAXA/NHK/SELENE]. 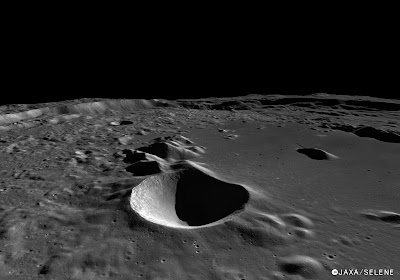 Also from Kaguya, the Moon's lowest place (70.43°S, 187.42°E) is briefly seen at the bottom of the bowl-shaped crater in wider Antoniadi. All the scenery in this late mission Terrain Camera image averages a few kilometers lower in lunar elevation than anything we can see of the Moon's near side from Earth. [JAXA/SELENE].
Posted by Joel Raupe at 5:16 AM