Taking a peek at Icarus 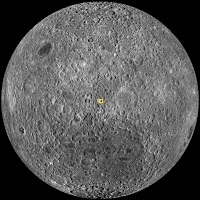 Icarus crater is one of a kind on the Moon; its central peak rises higher than about half its rim. Most central peaks rise only about halfway to the crater rim. Icarus' large, rounded central peak resembles that of Alpetragius on the eastern limb of Mare Nubium.

The disproportionate size of the central peak may be because both Icarus and Alpetragius are close in diameter to the transition between central peaks and peak rings.

Icarus is located just west of Korolev crater on the lunar farside. Like the floor of Korolev, the floor of Icarus is covered with relatively smooth light plains material that can be seen outside the crater as well, filling not only crater floors but also the surface between craters in the highlands (See WAC context image below).