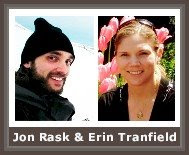 Rask and Tranfield demonstrate the unique nature of lunar dust and the shortfalls of stimulants in determining almost unavoidable health effects on human beings. The researchers also discuss the work underway at NASA's Lunar Airborne Dust Toxicity Advisory Group (LADTAG) and also confirm the unfortunate contamination of lunar samples collected during the Apollo Era.
"During the Apollo era, lunar regolith was commonly brought into the lunar module via dirty spacesuits and as a result, the cabin surfaces and the cabin atmosphere became contaminated. Based on detailed technical debriefs of the Apollo astronauts, it was apparent during the missions that respiratory effects, skin effects and potential ocular effects of lunar dust needed to be evaluated. Although these areas of concern were recognized, short mission duration and rapid mission succession prevented a detailed analysis of the medical problems associated with lunar dust. Erin and John will report on their investigations into the biological effects of lunar dust to understand potential skin effects, inhalation toxicity, and ocular effects that may result from long duration human habitation of the Moon."
View the Lecture HERE.
Posted by Joel Raupe at 11:58 PM